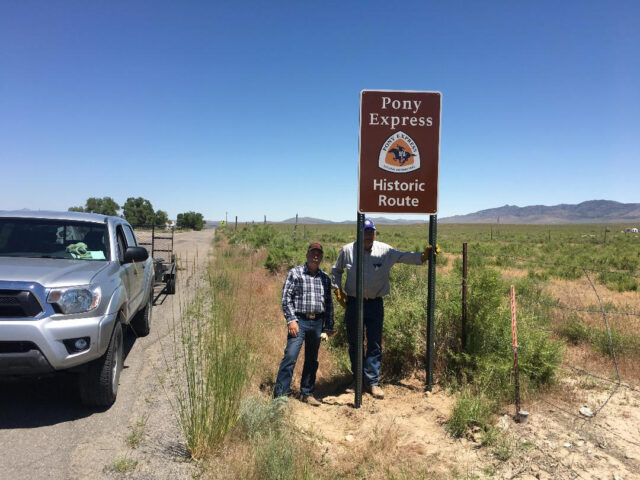 Today, the Association’s annual Pony Express re-ride, which takes place between St. Joseph, Missouri and Sacramento, California every June, follows the original route as closely as possible primarily along a series of rural roads, though that route has yet to be marked in many places...