As recently reported by BRAIN, the United States Forest Service is the subject of a lawsuit pertaining to the USFS allowing Class 1 e-bikes on non-motorized trails in the Tahoe National Forest without first conducting a public study and analysis under the National Environmental Policy Act (NEPA) to assess the impact of the decision. The lawsuit was filed October 23, according to a press release and cites a violation of the "Travel Management" rule, limiting motorized access to certain U.S. Forest Service trails.

Plaintiffs in the lawsuit are represented by the Western Environmental Law Center and include The Wilderness Society, Gold County Trails Council, Backcountry Horsemen of California, Back Country Horsemen of America, and the Forest Issues Group.

The decision purportedly undermines long-standing travel management laws and policies in place to help ensure higher quality recreation experiences for both motorized and non-motorized users, prevent avoidable damage to water, wildlife, and other resources, and alleviate public safety concerns and conflicts between users, according to the statement...

Posted by Endurance.Net at 9:29 AM No comments:

U.S. Rep. Tipton has yet to lend support to bill

The House Committee on Natural Resources voted this week to pass the Colorado Wilderness Act, which now awaits full consideration in the House of Representatives.

In May, Rep. Diana DeGette, D-Colo., introduced the Colorado Wilderness Act of 2019. This legislation is intended to permanently protect more than 600,000 acres of wilderness in 32 areas across Colorado, expanding ecological diversity in those areas while including the lower elevation canyonlands in the Arkansas and Dolores river areas. DeGette said in a news release that passage of the bill will “help grow Colorado’s thriving tourism economy, and our multi-billion dollar outdoor recreation industry...”

Posted by Endurance.Net at 9:00 AM No comments: 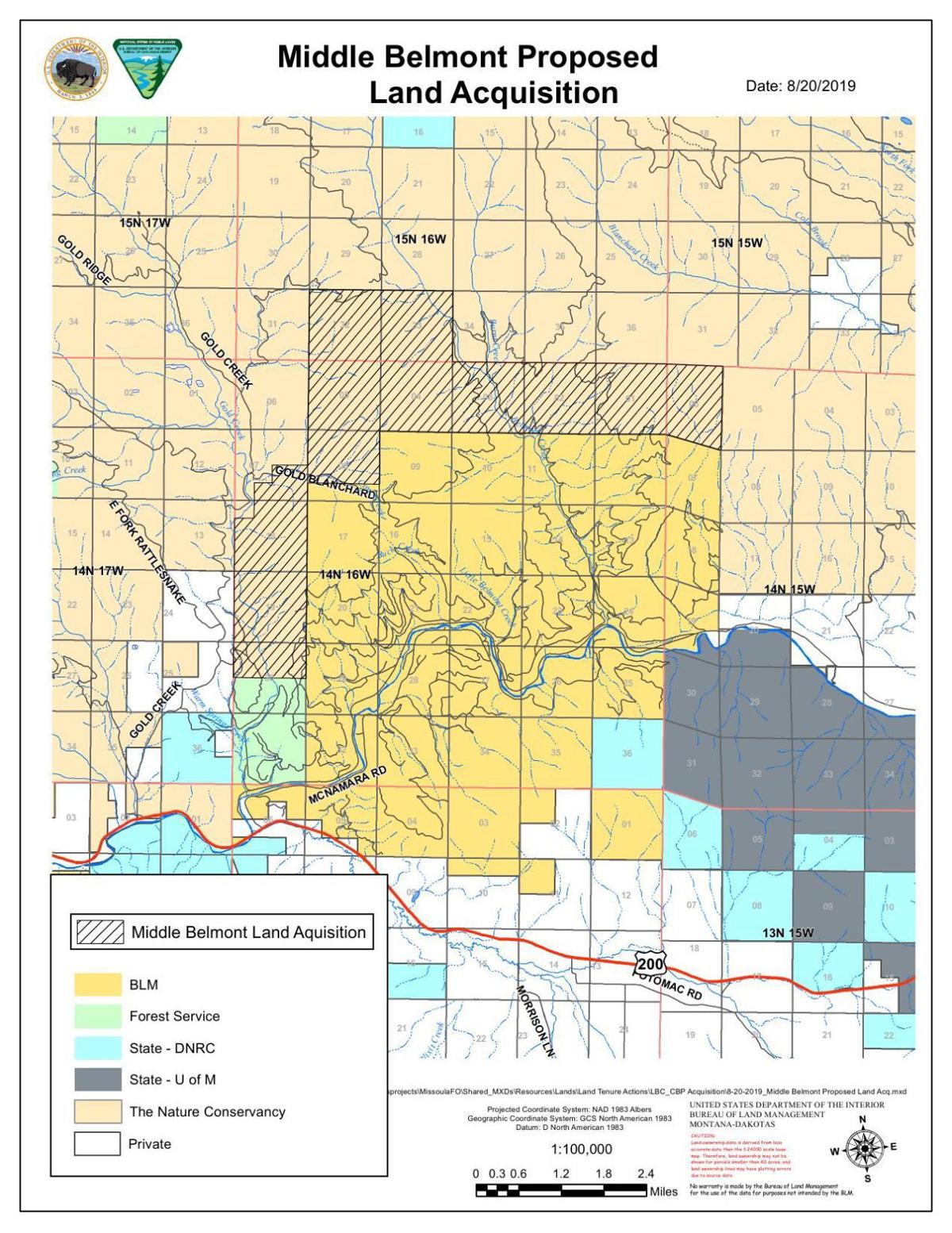 The Bureau of Land Management closed on a $5.6 million property purchase Thursday that adds 7,268 acres to public lands just north of the Blackfoot River.

The purchase is from The Nature Conservancy and uses Land and Water Conservation Fund dollars, which is a federal program whose money comes from offshore oil and gas development. This brings the total of BLM-owned property in the drainage about 25 miles northeast of Missoula to about 27,000 acres, with the eventual goal of expanding the federal agency’s land holdings in the area to 60,000 acres.

The purchase amounts to about $775 per acre.

Joe Ashor, the BLM’s Missoula field manager, said the plan has been in the making for a couple of years. The nonprofit Nature Conservancy bought about 117,000 acres from Plum Creek in 2014 in the greater Blackfoot area to preserve the intact landscape and keep it from being subdivided into ranchettes. When The Nature Conservancy purchased the property, the nonprofit group said it didn’t intend to retain ownership, but wanted to pass it on to the state and federal public agencies...

Posted by Endurance.Net at 8:58 AM No comments:

American Trails contributor Dianne Martin shares some tips on how to safely share trails with horses.

Growing up outside of a small town in southwest Michigan, we rode our horses in countless places. We would ride all day and never see the same trail twice, let alone another person. Nearly all of our neighbors gave us permission to ride, walk, and cross-country ski on their properties. I remember a long wooded trail owned by several landowners (mostly farmers) that was used by all the country kids to get into town from the outskirts. The age of injury liability and lawsuits was not yet upon us. I took this vast amount of land available to me for granted. I had no idea how lucky I was. Shrinking farmland, towns sprawling out into the green spaces, and the scare tactics by eager lawyers have made my childhood experience of sharing the land an idea generally only found in the past.

When I eventually made my home in southeast Michigan, I began to look for places to recreate...to ride my horse, to ride my bike, and to hike. I discovered a new recreational concept to me at the time: public land. Thankfully, the area where I now reside is rich with public parks, many of which contain trails shared by various user groups. However, it quickly became apparent that many people have no experience with horses and do not know how to react when coming upon horses on shared use trails.

Horses are animals with minds of their own. Since they are prey animals, horses (even now as domesticated pets) are always on the lookout for predators, which in a horse's mind can look like a biker quickly approaching from behind or a hiker walking briskly towards them. A rider will not always have control over their horse, especially in a scary situation. It is this lack of control that can make an encounter with a horse a potentially dangerous one...for horse, rider, and for other trail users...

Posted by Endurance.Net at 9:46 AM No comments:

A key Senate panel has voted to fully and permanently fund the Land and Water Conservation Fund (LWCF), a move that conservation groups see as a significant victory.

The Senate Energy and Natural Resources committee voted Tuesday morning to permanently authorize and completely fund the program, which was established in 1964 to help with outdoor projects on public lands. The bill passed with bipartisan support out of the committee and now faces a full floor vote.

The LWCF, which was permanently reauthorized this spring, receives most of its revenue from on- and offshore oil and gas drilling. The House Natural Resources Committee in June passed a bipartisan bill that, if signed into law, would dedicate $900 million of annual royalty funds to LWCF.

Members on both sides of the aisle celebrated the move, calling it an important step to continue to invest in public lands...

Posted by Endurance.Net at 8:42 AM No comments:

It’s as much about safety as courtesy when it comes to knowing how to control your horse on the trail, says Debbie Bibb with Friends of Equestrian Skills Course.

Bibb is one of about 20 regular volunteers who have been building an equestrian trail obstacle course on 15 acres near Norris Penrose Event Center, 1045 Lower Gold Camp Road.

The nonprofit was formed after El Paso County officials approved a new master plan for Bear Creek Regional Park in 2014 and 2015 that included space for the skills course, though county officials warned they couldn’t fund the course itself.

“They said, ‘We can set aside the land for it and provide some materials here and there,’ but for the most part all the money has come from what our group has raised,” she says...

Posted by Endurance.Net at 8:39 AM No comments:

Missouri: No horsing around: Equine lovers’ dream within reach

Jefferson County may well be one of the horsiest places across this wide country.

And yet, the county has no public park dedicated to equine trail riding.

It’s a vexing problem that has gotten a segment of our county’s population all whipped up, while on the other side, county officials say their reins are tied in a knot.

They’ve got nothing against horses, but when it comes to allowing them into the current stable of ill-suited county parks – this dog don’t hunt. (I take total blame for that mixed-mammal metaphor.)

Here’s an interesting idea: What if the two sides did a little horse-trading – you know, worked together toward a plan that could potentially make everyone happy?

Now, that could certainly be a horse of a different color.

Check out county reporter Steve Taylor’s story in today’s paper to learn the details of the horse controversy, which has reared its neighing head at several Jefferson County Council meetings over the last year, but came to an actual vote on Oct. 28.

Over the strenuous objections of 13 speakers who made the case for horse access, the council gave preliminary approval, on a 5-2 vote, for an ordinance to ban horses in all county parks except for Big River Saddle Club Park in Dittmer and, once it is developed, Beck Park in unincorporated Eureka...

Posted by Endurance.Net at 8:03 AM No comments:

The easement aims to protect the area from commercial development.

The agreement includes public access for Soldier Ridge Trail at the west end of Sheridan, and it allows the Land Trust to expand recreational trails said Chris Vrba, SCLT marketing and development director.

SCLT has already started work on the connection trail known as Kicking Horse Trail, which will be open to hiking, biking and equestrian use...

Posted by Endurance.Net at 8:00 AM No comments:

The lawsuit could help clear up murky e-bike rules

It was only a matter of time before the lawsuits started. Electric mountain bikes are a touchy subject—their proliferation raises all kinds of questions, not the least of which is whether bikes with motors, regardless of how small and powerless, should be allowed on trails designated as non-motorized.

That’s the issue at the heart of a lawsuit filed three weeks ago by a group of equestrians and wilderness advocates, which claims that the U.S. Forest Service unilaterally decided to allow Class 1 E-Mtbs (Class 1 means pedal-assist power, not throttle, and speed is governed at 20 miles-per-hour) on 132 miles of non-motorized trails in the Tahoe National Forest. The complaint isn’t necessarily that e-bikes are allowed on these public trails—though that is the root of the issue, to be sure—it’s that the Forest Service didn’t go about the process to allow them properly, according to the suit filed October 23 in federal court.

The suit’s plaintiffs—the Back Country Horsemen of America, the Backcountry Horsemen of California, Gold Country Trails Council, The Wilderness Society and The Forest Issues Group—claim that by allowing additional access for class 1 e-bikes, the Forest Service acted without the appropriate public notice, comment period or environmental review process, which violates its travel management regulations...

Posted by Endurance.Net at 7:54 AM No comments: